It’s all Eve’s fault. One bite of an apple and humanity is sent spiraling into a sexist universe where boys continue to be boys and women, well, are expected to be superheroes. And why shouldn’t we blame Eve; after all, she is a woman.

Centuries later, the proverbial “curse” continues: a woman gets beat, it’s her fault for staying; a woman is sexually assaulted, she was at the wrong place at the wrong time; and when a man steps out into the arms of another woman, the woman blames herself. This “shame on her” game doesn’t limit itself to personal affairs; it has seeped into corporate America and the political arena as more women raise their heads above the glass ceiling.

Women today have made progress –more education, more businesses, more buying power –but perhaps Chelsea Clinton was stating the not so obvious when she said: “we can’t mistake progress for success” in a recent interview with Wonkblog. According to a study by the Pew Research, four-in-ten Americans admitted there was a double standard for women seeking to climb to the highest levels of either politics or business, where they have to do more than their male counterparts to prove themselves. In other words, the perpetual “war on women” is less about expanding political and leadership opportunities, and more so a matter of shifting gender perceptions.

When I was a little girl, I was obsessed with Cinderella. Who could resist a fairy godmother who would grant your every wish, a handsome rich prince, and custom-made glass slippers? Luckily, adulthood intervened and I realized I didn’t need a fairy godmother; I could make my own dreams come true. Rich men are nice, but there’s nothing like being a self-made woman. I’m still obsessed with shoes, however, being a woman on the other side of 30 I would opt for a comfortable pair of flats over heels. In short, fairy tales are nice, but at some point you have to pony up the illusion. Unfortunately, society is still living out these fictional tales, in which women are not allowed to deviate from their script.

As the old playground song goes first love, then marriage, and possibly a baby or two. Yet, no one mentioned that motherhood would be filled with a mosh pit of criticism, guilt, and knocks to your self-esteem. So we’re forced to choose – love or career, motherhood or business leader. One out of five Americans reported that a woman with leadership aspirations should toss their desire to have kids out the door.

“I was a bad mom” read the New York Post headline, referencing statements made by New York City’s first lady, Chirlane McCray in a New York Magazine interview. In the NY Mag piece, McCray recounted her struggles with becoming a first-time mother at age 40.

McCray told NY Mag’s Lisa Miller: “I had a life. Especially with Chiara — will we feel guilt forever more. Of course, yes. But the truth is I could not spend every day with her.”

Time and again, women who dare to lead are subjected to public humiliation. Let us not forget Gabriel Douglas, who despite winning two gold medals at the London 2012 Olympics, was tormented for the appearance of her hair. For many, the scrutiny endured once you arrive in a position of power doesn’t suffice the return, causing potential woman leaders to back away on their own accord.

From the days of our foremother Eve, women have been held to harsher standards. Since history is hell bent on repeating itself, before we lean in let’s consider that in order to have more woman at the leadership table, we need to stop judging each other and most importantly, ourselves.

Next Post »
Love or Money: Cracking the Code to Female Financial Independence 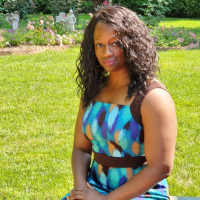